Click on the image to listen to each song. 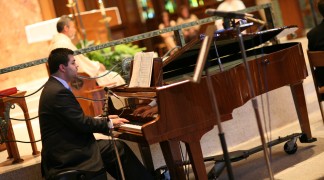 A timeless Marian devotional used in the Catholic wedding liturgy, this setting of the Hail Mary in Latin can be done simply, as in this recording, with voice and piano. 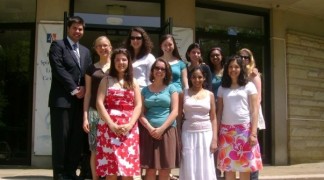 Jesu, Jesu, Fill Us With Your Love

As music director for the American University Catholic Choir & Ensemble, I accompanied, sang, and directed a live performance of this Ghanaian folk song for Holy Thursday 2009. This recording was taken from a live performance of Dubois’ 19th-century French romantic oratorio, The Seven Last Words of Christ. I performed the baritone solo of this concert with the Schola Cantorum of the Catholic Community of St. Thomas More in Chapel Hill, NC, under the direction of Roger Petrich.

Featuring the instrumental melody of the fourth movement of this infamous Bach cantata, this recording on the piano is a strong choice for wedding processions.

Back to Main Music Page